Multi-proxy approaches to the reconstruction of past human lifeways

This project is funded by the Max Planck Society, the Leibniz Laboratory (University of Kiel), and by the University of Edinburgh.

Isotopic approach to the reconstruction of Graeco-Roman lifeways

Isotopic approach to the reconstruction of Graeco-Roman lifeways

The Graeco-Roman world corresponds to the regions, mostly within the Mediterranean area, that during centuries adopted the ancient Greek and Latin languages and culture. From written sources much is known on the political, economic, and military history of the Graeco-Roman world. However, the lifeways of common people remain largely unknown. It is the goal of this project to give voice to those that represented the vast majority of ancient Greeks and Romans through the isotopic analysis of osteological remains.

Reconstruction of the villa complex at Ad Duas Lauros

Reconstruction of the villa complex at Ad Duas Lauros

Stable isotope analysis is increasingly employed to study the diets of ancient Romans and Greeks. Under an isotopic approach, individual dietary preferences can be quantified across a wide spectrum of social and economic variables (e.g. status, age, gender) expanding considerably on the dietary evidence provided by traditional research approaches (e.g. analysis of written sources, archaeo- faunal and -botanical studies). The importance of isotopic data has been recently highlighted through the building of an online isotopic database for the Greco-Roman world (IsoArcH) allowing for regional and diachronic comparisons. This also highlighted the existence of important data gaps, in particular, a lack of human isotopic data from late antiquity.

To offer a first insight into individual diets during late antiquity human remains from a Roman villa complex next to the Via Labicana (within modern day Centocelle, Rome) are being investigated. This includes osteological analysis, radiocarbon measurements, and multiple isotopic measurements on bone mineral and collagen and on single amino acids. Caloric contributions from food groups are quantified using a Bayesian mixing model (FRUITS).  Human isotopic values from Centocelle will be compared with those from other regions and time periods within the Roman world using data available from IsoArcH.
The project is still ongoing but preliminary results have already offered some significant insights. Radiocarbon dates revealed that the burial site was in use prior to late antiquity. Isotope results showed that the individuals likely lived for several years in the region prior to death. Most had diets that were comparatively poor in animal protein. Main energy sources were plant foods with an uncertain minor contribution from millet. Overall the results reveal impoverished diets which contrast with those from other Roman sites. If this reflects socio-economic status, a cultural choice, or a more general trend within late antiquity will be addressed through forthcoming research.

Other collaborative projects related to the study of Graeco-Roman lifeways include the Byzantine site Priniatkos Pyrgos (Crete, Greece) and the Oppidum of Monte Bernorio (Spain). This Priniatkos Pyrgos project is carried out in collaboration with Vera Klontza-Jaklova (Masaryk University). The goals of the Priniatkos Pyrgos project are similar to those of Centocelle and also involve a multi-proxy isotopic approach to reconstruct the lifeways of the Byzantine occupants of the site. As for Monte Bernorio, it was one of the main centres of the Cantabri until its conquest by the Roman army of Emperor Augustus during the Cantabrian Wars (29-19 BC). Near the oppidum, at the plateau known as ‘El Castillejo’, a large Roman military camp has been identified; it was probably directly related to the attack and destruction of the settlement at Monte Bernorio. In collaboration with Dr. Manuel Fernández-Götz (University of Edinburgh) and Dr. Jesus Francisco Torres-Martínez (Complutense University of Madrid) the chronology of the site and of the interactions with the Roman world is being reconstructed using Bayesian analysis of radiocarbon dates. 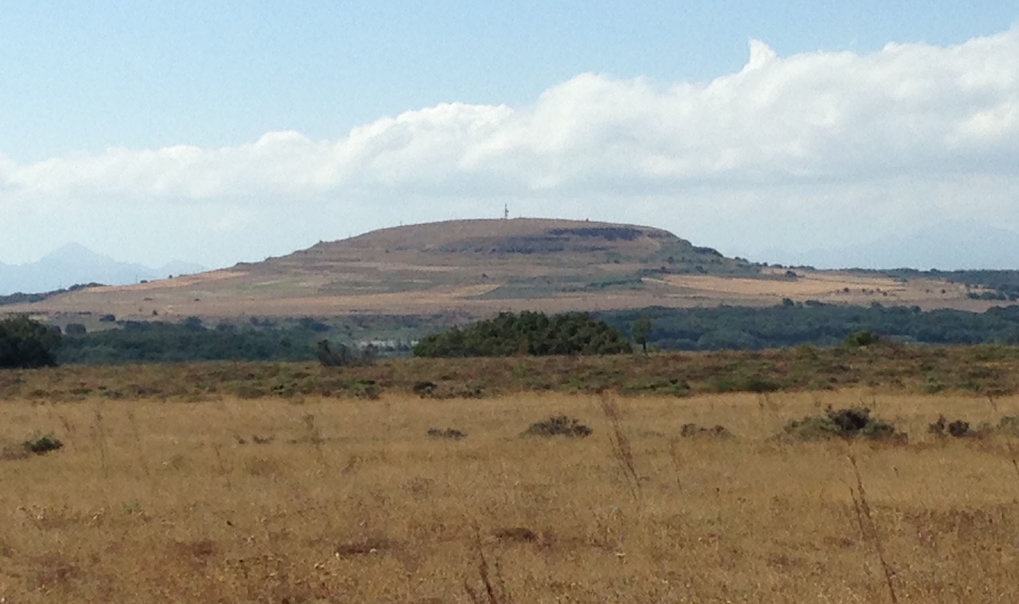