This research has been generously funded by Saudi Aramco, the Saudi Commission for Tourism and National Heritage and the Max Planck Society.

Fugro Suhaimi has conducted the drilling with field support by Saudi Aramco, the Saudi Commission for Tourism and National Heritage, the German Research Centre for Geosciences, the Continental Scientific Drilling Coordination Office and Laccore. 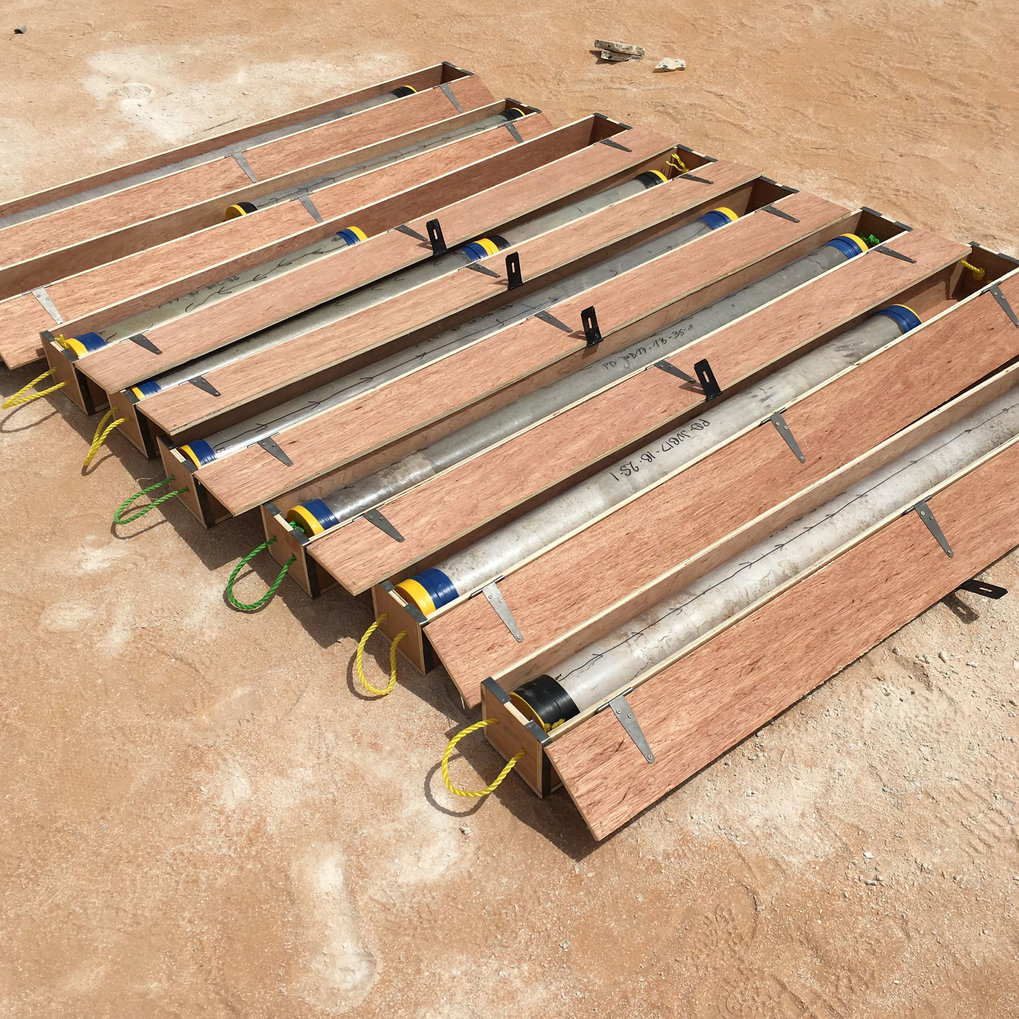 Despite widespread evidence of expanding and shrinking lakes during humid and (hyper-) arid climate periods, respectively, on the Arabian peninsula, little is known about their potential to record past environmental and climatic changes.

This area is furthermore a key region for human dispersals out of Africa and ideally located to better understand climatic impacts on prehistoric societies. One of the largest mapped palaeolakes on the Arabian Peninsula is the Jubbah basin, located in the Southern Nefud desert. Its rich archaeological history was the key for the successful inscription on the UNCESO World Heritage List and further demonstrates its importance as a stable multi-millennial long human habitat amidst the desert (see also Palaeodeserts project webpage).

In 2016 and 2017, within the frame of the Green Arabia Drilling Project, several sediment cores have been obtained from the Jubbah palaeolake basin. The longest core has been obtained from the deepest part of the basin and reaches app. 27 m with bedrock (sandstone) at its bottom. The occurrenc The overall objective is to investigate those sediment sequences and address questions about the role of natural forcing in influencing human dispersals.

The Max Planck Institute for the Science of Human History is working closely with leading research institutes and universities to fully examine the potential of the Jubbah sediment record. This comprises expertise in such fields as chronological dating techniques, sedimentology, geochemistry, palaeoecology, mapping, archaeology and archaeogenetics.