Max Planck Society. Previous funding has been provided by the Natural Environmental Research Council and the Boise Fund.

Humans at the End of South Asia

Sri Lanka is home to the earliest fossil evidence for Homo sapiens in South Asia and also provides some of the earliest evidence for human rainforest resource use anywhere in the world. There is also a network of urban settlements in the arid parts of the island that demonstrate sophisticated hydrological technologies to control water. The investigation of the archaeological record of this country, and its climate-environment-human interactions, is a key priority of the Department of Archaeology, Max Planck Institute for the Science of Human History. 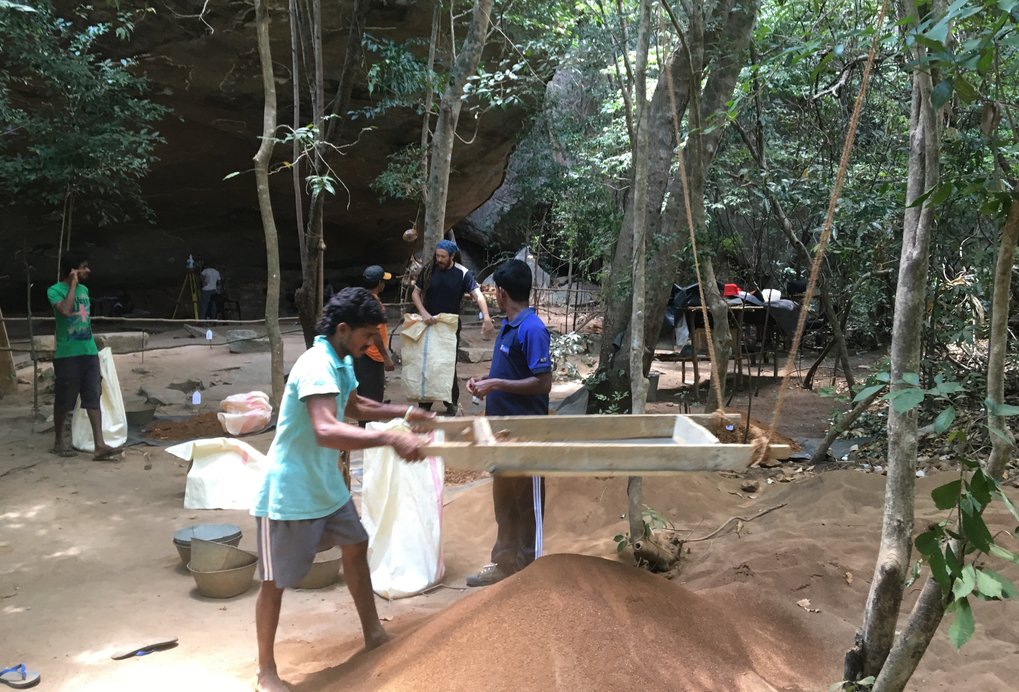 Sitting at the southern tip of South Asia, Sri Lanka is located in the middle of the proposed southern dispersal route of humans from Africa into Southeast Asia and Australasia. In addition, it sits at the centre of the Indian Ocean Monsoon that dictates climatic and vegetation transects across this 65,000 km2 island that appears to structure its archaeological record. The earliest record for human presence in South Asia, including early microlith and bone tool technologies and evidence for personal ornamentation, occurs in the modern-day Wet Zone rainforests of Sri Lanka, while the earliest appearance of urbanism occurs in the arid Dry Zone, with an apparent focus on the control and maintenance of reliable access to water.

The Max Planck Institute for the Science of Human History is working closely with local collaborators from the Department of Archaeology, Government of Sri Lanka and the University of Sri Jayawardena to better understand the nature of early human adaptations and impacts in Sri Lanka. This involves the use of stable isotope analysis of human and faunal tooth enamel to determine the degree of Late Pleistocene human rainforest reliance from c. 36 ka in this part of the world and the development of detailed chronometric and palaeeonvironmental records for the region. In addition, we seek to build up a more detailed picture of faunal extinctions, including that of the tiger, in Sri Lanka, and how this may relate to human arrival.

The work of this project also extends into the Holocene period. Excavations at Mantai have formed a key part of the Sealinks Project in tracking the nature of trade and connections across this focal node in the Indian Ocean. Moreover, we also seek to investigate the origins of agriculture in Sri Lanka, and the nature of interaction between human rainforest foragers, who appear to have maintained a stable adaptation from 36 to 3 ka, and incoming agricultural subsistence strategies and populations. Stable isotope, aDNA, and dental calculus sampling of Holocene populations has an important role to play in this work, as well as the development of productive, collaborative excavations.