The Origins of Evolutionary Research in Jena 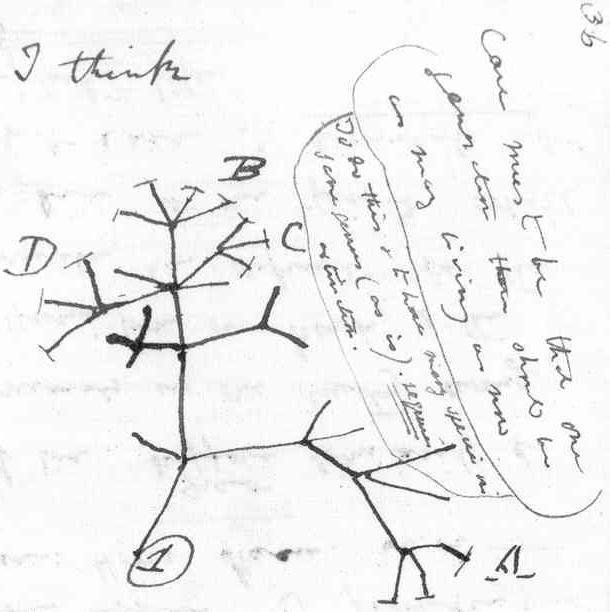 This is Charles Darwin's first sketch of an evolutionary tree of life (circa 1837), taken from his first notebook on transmutation of species, which is viewable at the Museum of Natural History in Manhattan, New York City.

This is Charles Darwin's first sketch of an evolutionary tree of life (circa 1837), taken from his first notebook on transmutation of species, which is viewable at the Museum of Natural History in Manhattan, New York City.

By summer 1837 at the latest Charles Darwin believed in the common ancestry of different species, their gradual development by splitting and continuous modification. At this time he sketched his world-famous „Tree of life“ in one of his notebooks with a few strokes, regarded as the first attempt to depict the phylogenetic development of species. In 1858 he presented his  “Evolutionary Theory“ at the Linnean Society of London and published his thoughts in his book “The origin of species”.

In Germany the origins of evolutionary theory and research are closely connected with Ernst Haeckel (1834-1919). Ernst Haeckel first studied medicine and received his qualification as a doctor in 1858. From an early age, however he had been more interested in the natural sciences, at first in botany and from the 1850s also in zoology.

In 1860 Ernst Haeckel read Darwin´s book about the origin of species in its 1st German translation and adopted the theory. He dedicated a large part of his scientific research to its dissemination and further development, and would become the starting point of his worldview. In 1861 Ernst Haeckel came to Jena. In his work about the radiolaria, published in 1862, he clearly espouses Darwin´s evolutionary theory. 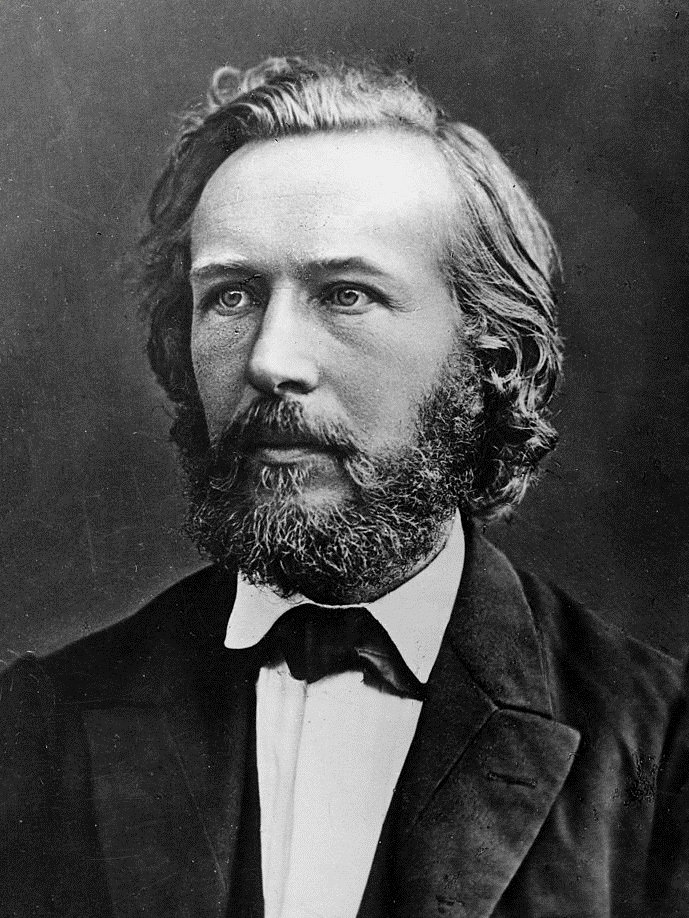 When Haeckel came to Jena, many natural scientists were biding their time or were vehemently opposed to Darwin´s theory. But he also met researchers, who were open towards his theory or who had already engaged in the recognition and recording of evolutionary processes.

Carl Gegenbaur, professor for anatomy and zoology from Jena and Haeckel´s friend and sponsor is today considered as one of the fathers of evolutionary morphology and the most famous vertebrate morphologist of the 19th century. Gegenbauer´s standard work „Main features of comparative anatomy“ (1859), where he identified structural similarities between different animals as evidence for their evolutionary development, was written in Jena. 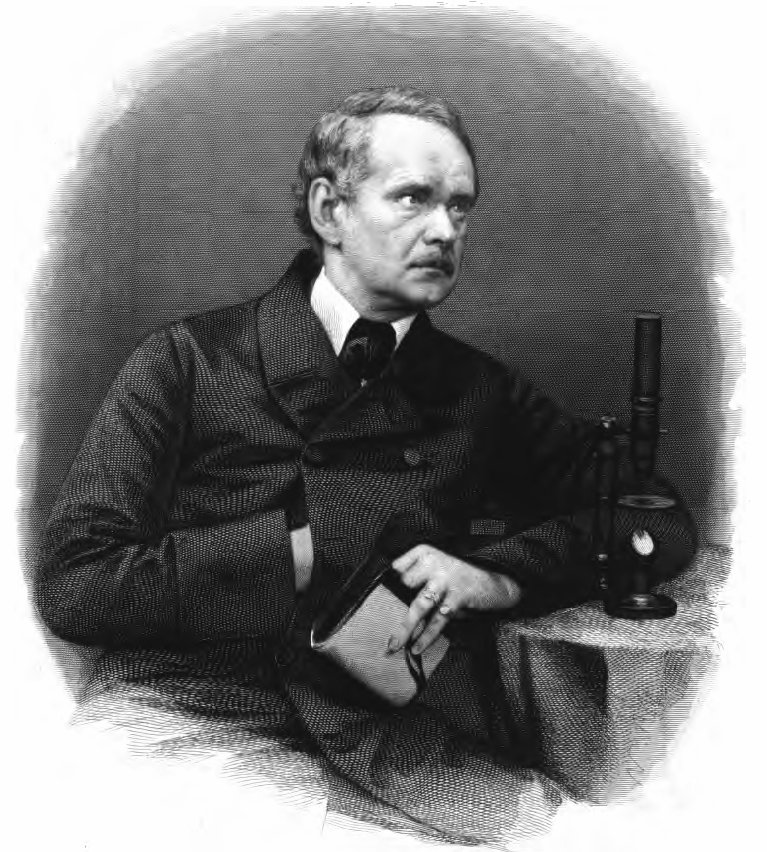 Darwin´s theory also fell on fertile ground for Matthias Jacob Schleiden. Schleiden had been in Jena since 1839 and had been director of the Botanical Garden since 1850. In biology he became famous as co-founder of cell theory. Schleiden was among the first German botanists who accepted Darwin´s evolutionary theory. He had also long been interested in anthropology. Already in 1862 he had adapted Darwin´s evolutionary theory for his anthropology lectures and used it as starting point for his argumentation.  He was also one of the first to consider the cultural development of mankind as a reflection of its biological evolution.

The linguist August Schleicher had been in Jena since 1857. He is known as the founder of the family tree theory in comparative linguistics and as a pioneer of Indo-European Studies together with Franz Bopp. A friendship developed between Haeckel and Schleicher, and Haeckel urged his friend to read Darwin´s book „The origin of species“.

Schleicher, who had already depicted language families in the form of trees, recognized major parallels between the „life of languages“ and „ life itself“. He presented these parallels in an open letter to Haeckel in 1863 with the title: “The Darwinian Theory and Linguistics”. Schleicher concluded from the fact that languages are subject to the same development processes as animals and plants, that linguistics should also be conducted with the same scientific methods. It was important to find the protolanguage from which the various modern languages were derived. 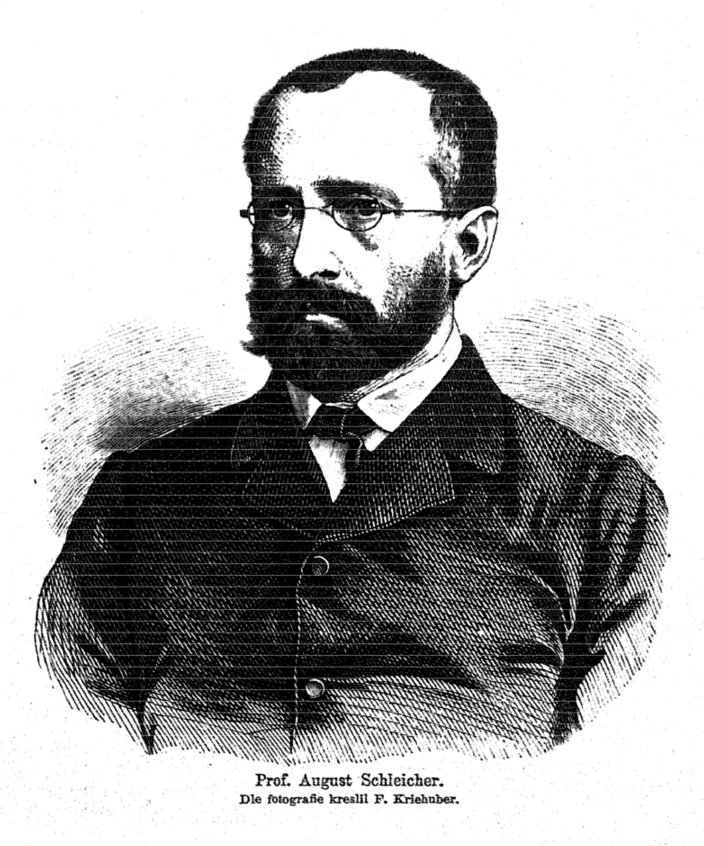 „Is the evolution of language not a main part of the evolution of mankind? […] That the natural scientific method is increasingly accepted by linguists, is also one of my strongest desires.”

Inspired by Schleicher´s trees, Haeckel also began to present his thoughts and scientific results in the form of trees. 1866, three years after Schleicher´s letter, Haeckel´s „General Morphology“ was published with illustrations of those phylogenetic trees, which have been the model for many phylogenetic figures.

In 1874 the probably most famous of Haeckel´s trees appeared: A strong oak tree with the human being on top as the crown of creation. His ideas have been extended to thoughts about lower and higher human races and to racial hygiene. These views as well as the idea of a continuous, linear upward development are nowadays regarded as obsolete and disproven. However, they threw the gates wide open for Nazi Germany to completely misuse Haeckel. 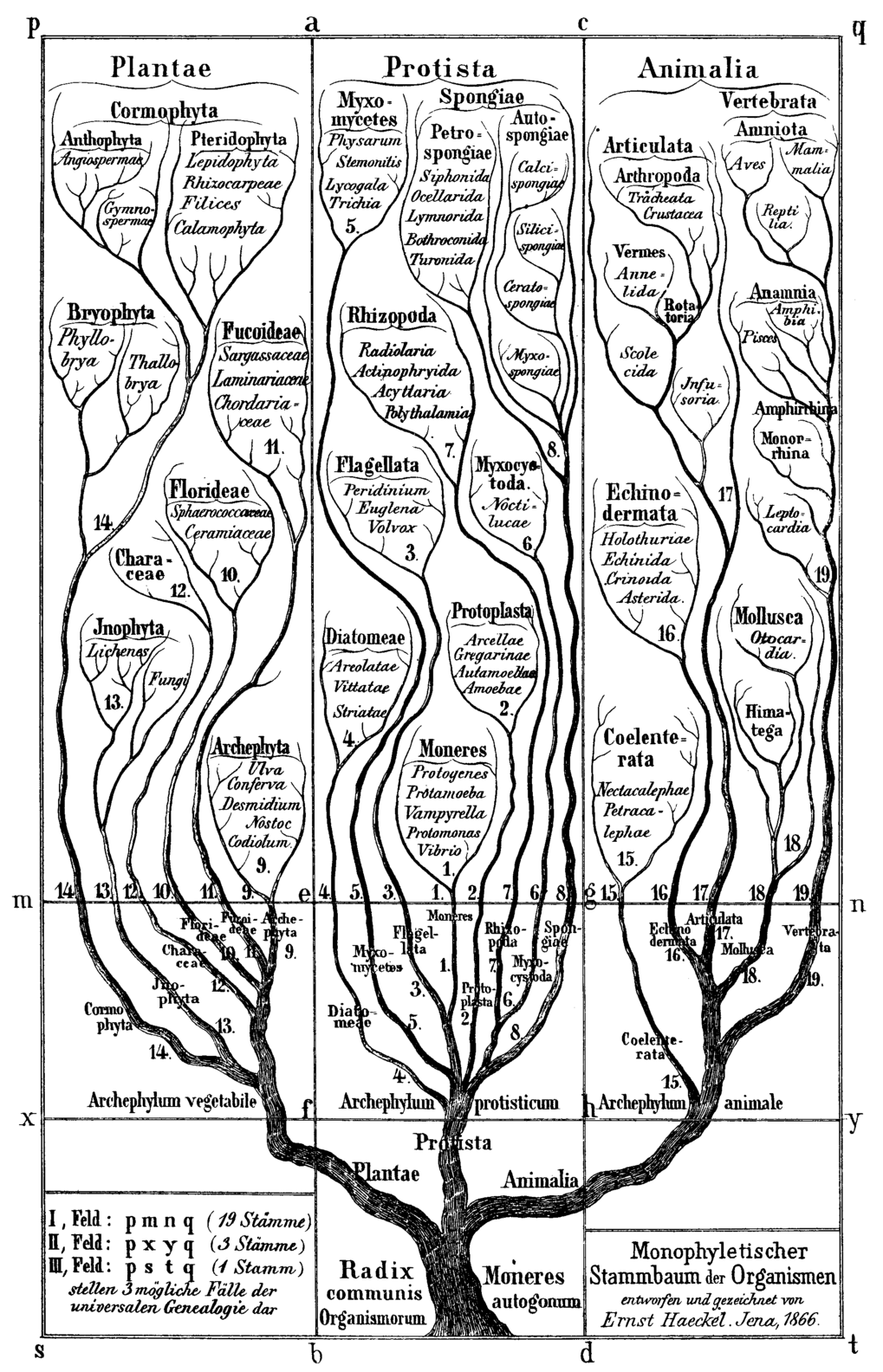 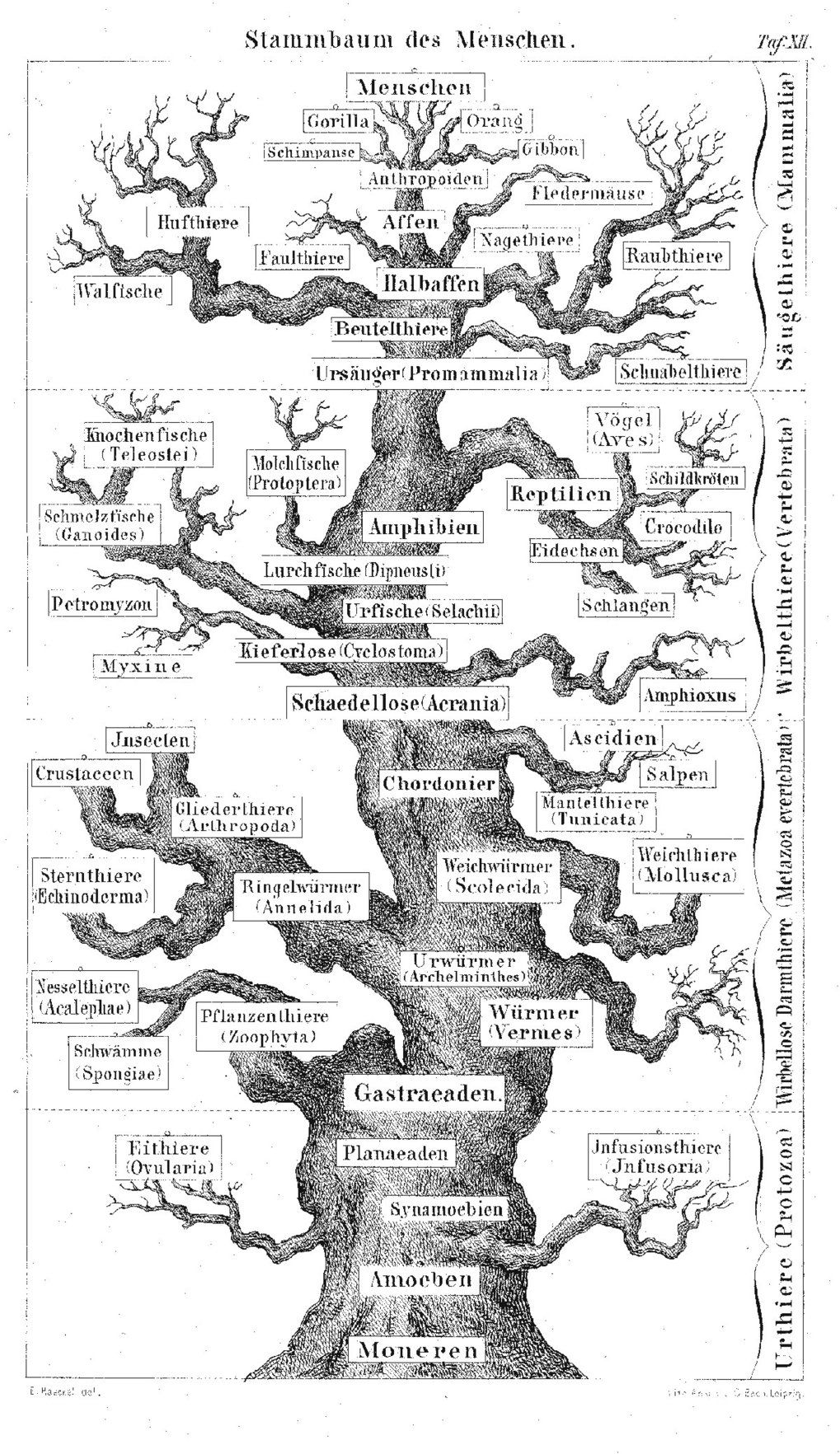 left: Monophyletic tree of the organisms by Ernst Haeckel (1866)

right: Pedigree of the human being by Ernst Haeckel (1874)