This research is jointly funded by the Max Planck Society and Chinese Academy of Sciences.

Yak exploitation is an important human adaption strategy on the Qinghai-Tibetan Plateau. However, yak bones have rarely been found in ancient sites. Thus, the analysis of lipid absorbed in pottery would be the main way to determine the yak dairy products used by ancient people. When and where the domestic swamp buffalo is the difficulty of differentiating morphologically the bones of extinct Bubalus Mephistopheles and swamp buffalo. Since Southern China is not favorable to the preservation of ancient DNA, ZooMS could have the potential to identify  domestic buffalo bones. 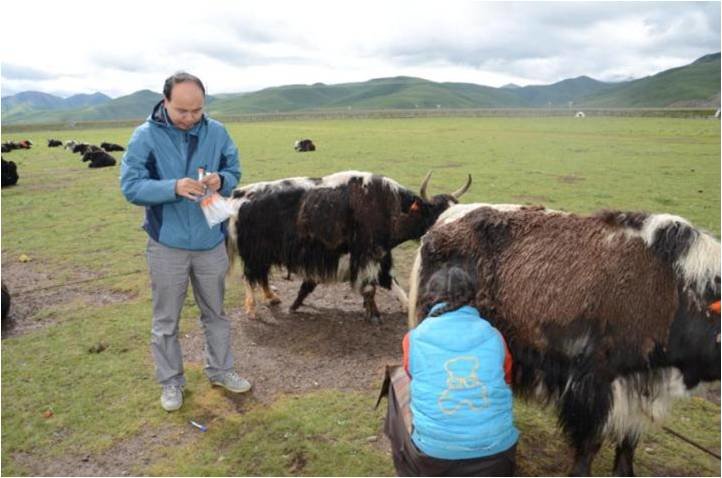 Yaks (Bos grunniens) have thrived on the hostile Qinghai-Tibetan Plateau (QTP) and adjacent highlands (Wiener, et al., 2003), and the domesticated yak is known as an “all-around” animal due to its contributions of milk, butter, meat, bone, fiber, labor, and especially dung for fuel and hides for making tent shelters. Since the yak has played an important role in enabling ancient people to conquer the QTP and for cultural development in the QTP, investigating the origin and spread of the domestic yak is very crucial to reconstruct human adaptations in this area.

It is difficult to identify yak bones if the skeleton is incomplete (Olsen, 1990). Consequently, only a few yak bones have been positively identified, making it difficult to study the origin and spread of the domestic yak from a zooarchaeological perspective (Flad, et al., 2007). Since milk could not be expected from wild animals, milk residue in pottery has been used to trace the origin and spread of bovine/ovine domestication (Evershed, et al., 2008), and gives solid evidence for early horse domestication (Outram, et al., 2009). Furthermore, proteomics could differentiate yak, cattle and goat milk (Yang, et al., 2013). Therefore, it is feasible to use proteomics and lipid analysis to identify yak milk residue in pottery. 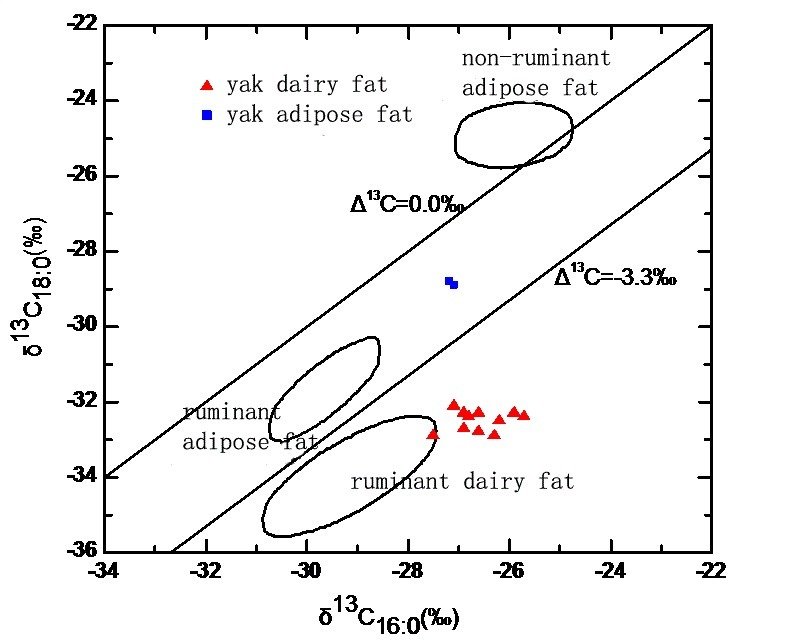 [8] Wiener, G., Han, J., Long, R., 2003. The Yak (2nd edtion), Bangkok: The Regional Office for Asia and the Pacific of the Food and Agriculture Organization of the United Nations.

[9] Olsen, S.J., 1990. Fossil ancestry of the yak, its cultural significance and domestication in Tibet, Proceedings of the Academy of Natural Sciences of Philadelphia, 73-100.