This project is funded by the Max Planck Society.

The Pantropica working group seeks to bring together international researchers in the pursuit of past human interactions with tropical rainforests from the Late Pleistocene onwards. 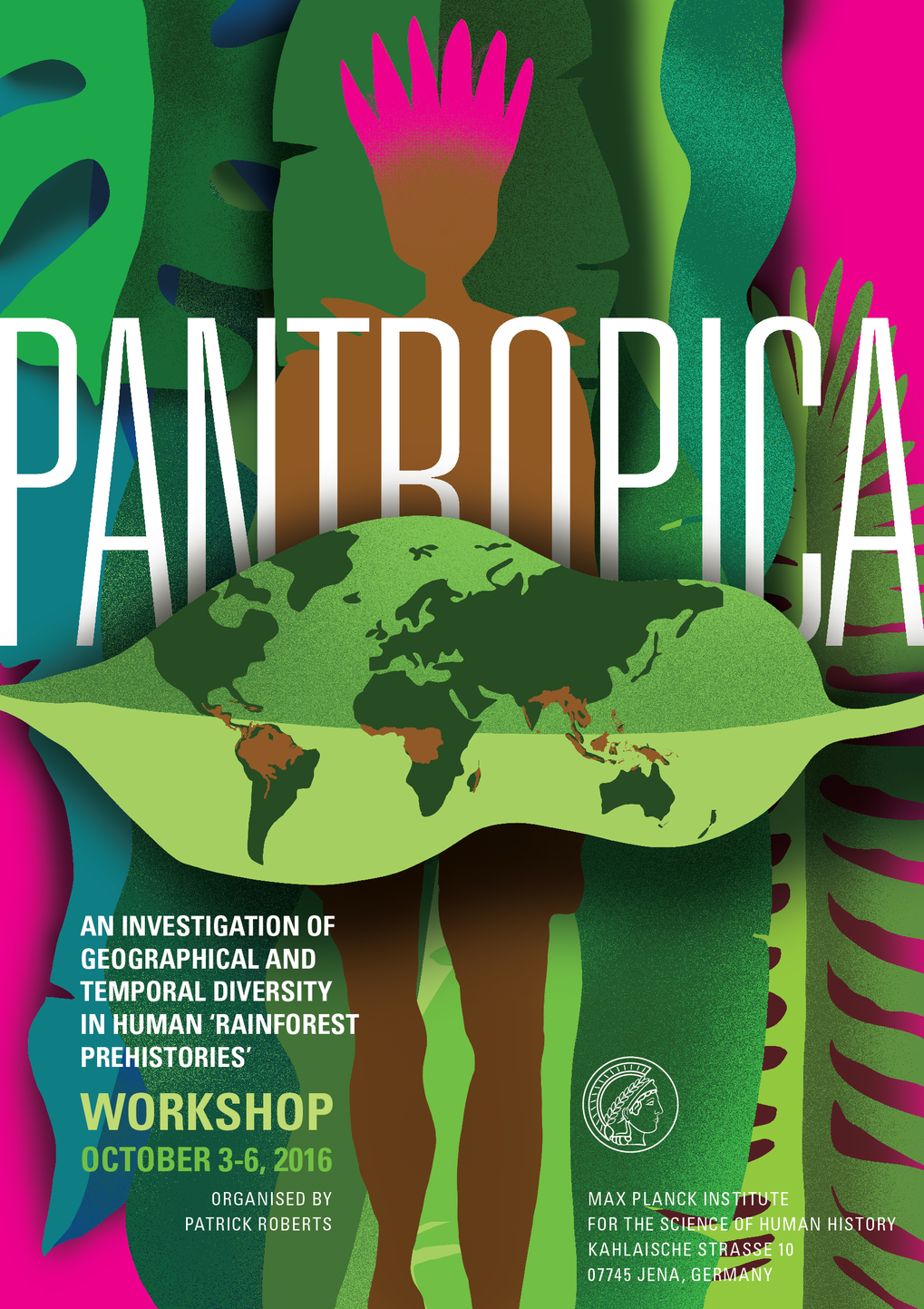 Until relatively recently, tropical rainforests were thought to be unsuitable environments for long-term human foraging and farming. Poor soils, hostile climate, and a general lack of protein and carbohydrate resources was thought to make these settings a ‘last resort’ in the context of human migration and expansion. However, in the last two decades, a plethora of information has emerged that extends our species’ interaction with tropical rainforests back to at least 50 ka, and demonstrated the possibility of sustainable large agricultural and urban population in these habitats in the past.

The Max Planck Institute of the Science of Human History, Jena, Germany, is interested in the examination of the longevity and diversity of human relationships with various global environments, including tropical rainforests. Following, a workshop in October, 2016, Dr. Patrick Roberts, has set up a working group of interdisciplinary researchers, with varied temporal, geographical, and methodological areas of expertise, to share publications, projects and research insights into developing methodological and theoretical pre-requisites for more detailed understandings of ‘rainforest prehistories’.

This group will regularly post information regarding regular ‘rainforest archaeology’ workshop meetings, fieldwork trips, and collaborative opportunities. Furthermore, it seeks to make an active contribution to modern rainforest conservation in coordination with workshops held by UNESCO. The ‘Pantropica’ website will follow on this page in the very near future with information regarding membership and contribution. Please see the following publications for insight into the outcomes of the initial workshop of this group and the general aims of this working group: